The term "anime style" is something I've not really understood. It seems to be an oft used style, but I've never really seen anyone define it, and despite being called the "anime style", anime will show off many different styles. 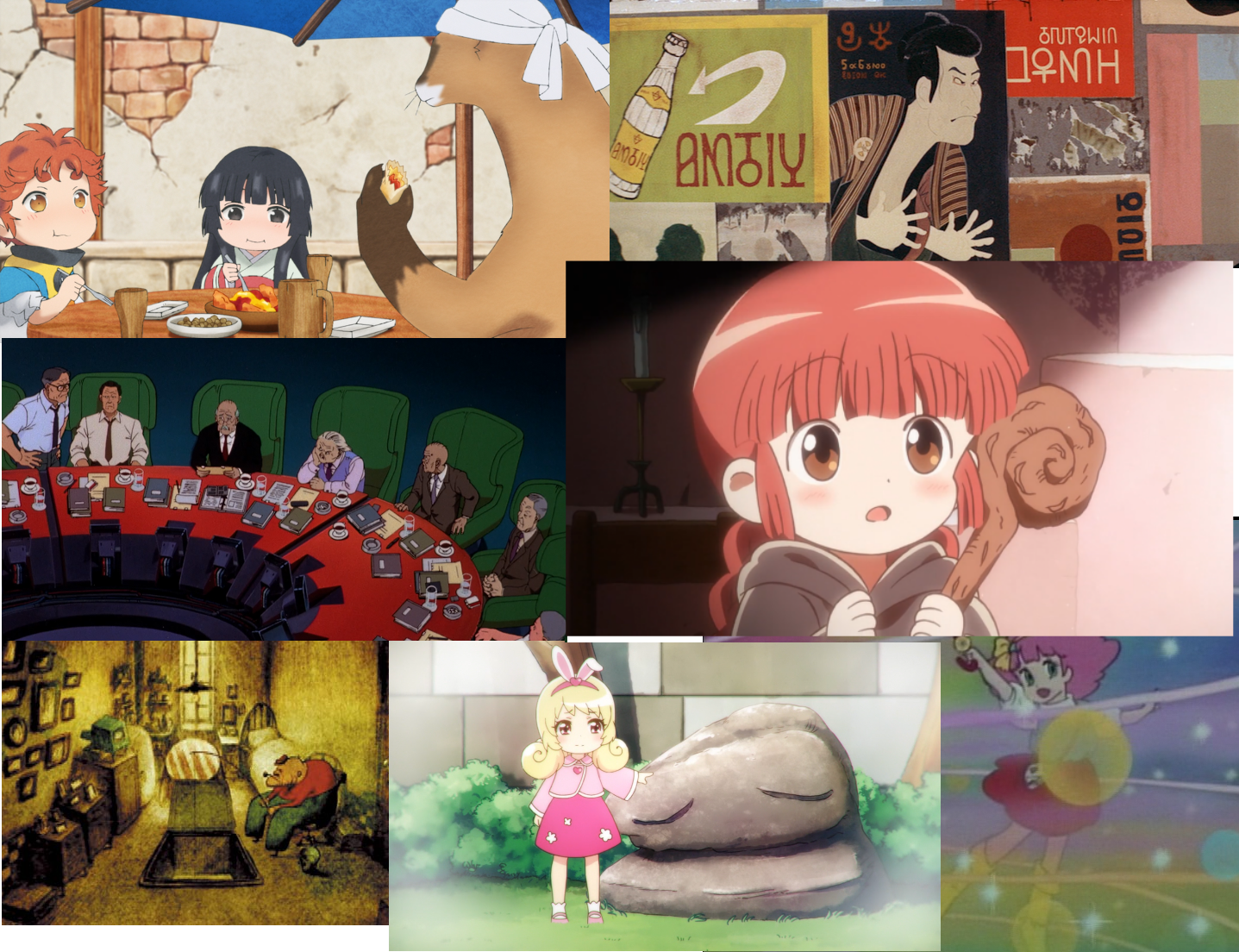 The various styles of Japanese animation.

Really, the term 'anime' itself is an odd term. In Japanese, it's simply a shorthand for 'animation', but when the term carried over into English, it seems to have adopted a very complex definition which leads to the word getting used in many different confounding ways. As I can see, the current definition in English seems to be...

So a lot of things tend to get called 'anime', in spite of not originating in Japan or being animation. Conversely, things that fall directly under the first definition may end up being called something entirely different, again due to the style. Despite being great anime, things like A Tale of a Street Corner or La Maison en Petits Cubes may end up not even being considered as 'anime'. I'd be fine with the use of the term to describe a 'style' if it were entirely clear exactly what style we're trying to describe, but it's not. So, I'll try my best to make it clear exactly what sort of "style" of drawing would get called "anime".

This is a little exaggerated, but you get the point, right?

Probably the first thing anyone thinks about when they think "anime" is cheesy huge eyes, ala Key. This is definetly an outdated cliche at this point, but it certainly stood the test of time in being made fun of. But, it IS undeniable that cartoony Japanese art tends to have very, very notable focus on eyes. Why is this exactly? What urges people to bring out the largest eyes they can possibly draw, or draw the 'eye over hair' type of style that draws the ire of some, and why are mouths, conversly, drawn so small typically?

Now, I'm not the be all end all on this, but to avoid making this longer than it needs to be, I'll be required to make a few sweeping generalizations based on what I've read personally.

The reason for the large eyes is likely due to the nature of how Japanese people read emotions. Looking at western animation for comparison, you might notice how much less emphasis is put on the eyes in comparison to the mouths of characters. The mouths are the carriers of emotion, and if you were to read emotion it's fairly likely you'd do it from the mouth. However (again, from what I've read), the Japanese will read emotions from the eyes instead. This is presumably for a variety of not-entirely-pleasing reasons, but those aren't important to get into.

The eyes are huge, because they're the main carriers of emotion on the face. They're not just there to add emphasis to what the mouth is doing, rather the mouth is there to add emphasis to the actions of the eyes. Think of various different cheesy faces from anime you've seen, and you'll likely notice that most of them involve the eyes being massively morphed in some way.

To illustrate further, we can see examples of differing exaggerated emotion in Japanese emoticons vs. ones used typically in English.

The differences between the useage of eyes are fairly striking, and the useage of the eyes along with a greater array of used symbols create faces that give off deep emotion. In comparison, the commonly used English faces are a little harder to read, to the extent where someone who reads from the eyes might find it rather difficult to discern the emotion.

Another notable striking difference between Japanese and 'Western' animation would be the difference in where importance is placed: do we put our effort into making each individual frame look as good as possible at the cost of some of the fluidness in the animation, or do we make the animation look as fluid as possible while losing quality per frame?

It's possible to choose both fluidness and good looking frames, but this is expensive. Keep in mind, each frame has to be drawn by hand, colored by hand, ordered by hand... and this isn't even getting into touchups or redoing frames. While digital does tend to make this easier, notably for coloring, it doesn't eliminate the process. So to meet ridiculous budgets, it's often a matter of one or the other.

Japanese animation will, by far and by large, prioritize the importance of the frames over fluidness. This isn't to say the animation is bad, but the work put into the frames will often require the animation to be done by twos to cut down on the amount of frames necessary. This can create small, but noticable choppiness in some of the animations.

'Western' animation does the opposite, and creates fluidity at the cost of putting more effort into each frame. This can either work out wonderfully or be a murder on the artstyle depending on how cleverly done said artstyle is, but in general it'll look much more simplistic to the Japanese counterparts.

This could mark another difference that people see that defines 'anime', the done-by-2s animation along with frames that offer very little compromise in the quality. The lack of compromises allows for full bodied humans to appear, rather than stylized chibi blobs or noodly armed spoonpeople. To create the full man might be seen by some as a trait of anime.

Highschool and Other Cliches

It seems there's an odd link among high school and 'anime'. I suppose there are quite a few shows that deal with high school as a setting, enough for it to enter into the consciousness of many that anime must somehow be associated with high school in some way. Particularly in regards to uniform requirements, school clubs, fairs, or whatever other cheesy things that break up the monotony of actually going to school.

Magical girls also fall among this. And by magical girls, I mean Sailor Moon. While I haven't watched much of Sailor Moon myself yet, it seems like whatever style it went for has imprinted an idea into everyone who has seen at least one episode of it. Whenever I see someone in the west attempt a parody of 'anime' or 'magical girl shows', it tends to typically be some sort of Sailor Moon and Just Sailor Moon inspired parody. Ignoring how aggravatingly one-note they are, it does go to show that just one show can inspire an idea of the entirety of 'anime' on people.

On the other side of the spectrum from that, Dragon Ball Z, probably the most popular anime/manga series ever made, enforced Akira Toriyama's own artstyle as a staple of anime for some. I've seen various parodies that take from his cheesy mouths, hilarious character designs, overpowered musclebastards, and generally absurd dialogue. In spite of DBZ's mostly unique look that tended not to be seriously aped, it seems like quite a few people are utterly convinced that anime must naturally look like something Akira Toriyama drew.

The various oft-used cliches and popular franchises pave way to imprinting certain 'values' of what anime must and must'nt be among various types of people. Not every magical girl show looks like Sailor Moon, of course, they'll all have their own unique style that makes them special, and not every shounen series will look like Dragon Ball Z, in spite of the influence it had on many series that call themselves 'shounen'. The fads and cliches of now to the future will constantly rearrange and turn around what an "anime artstyle" must be in the minds of English speakers. 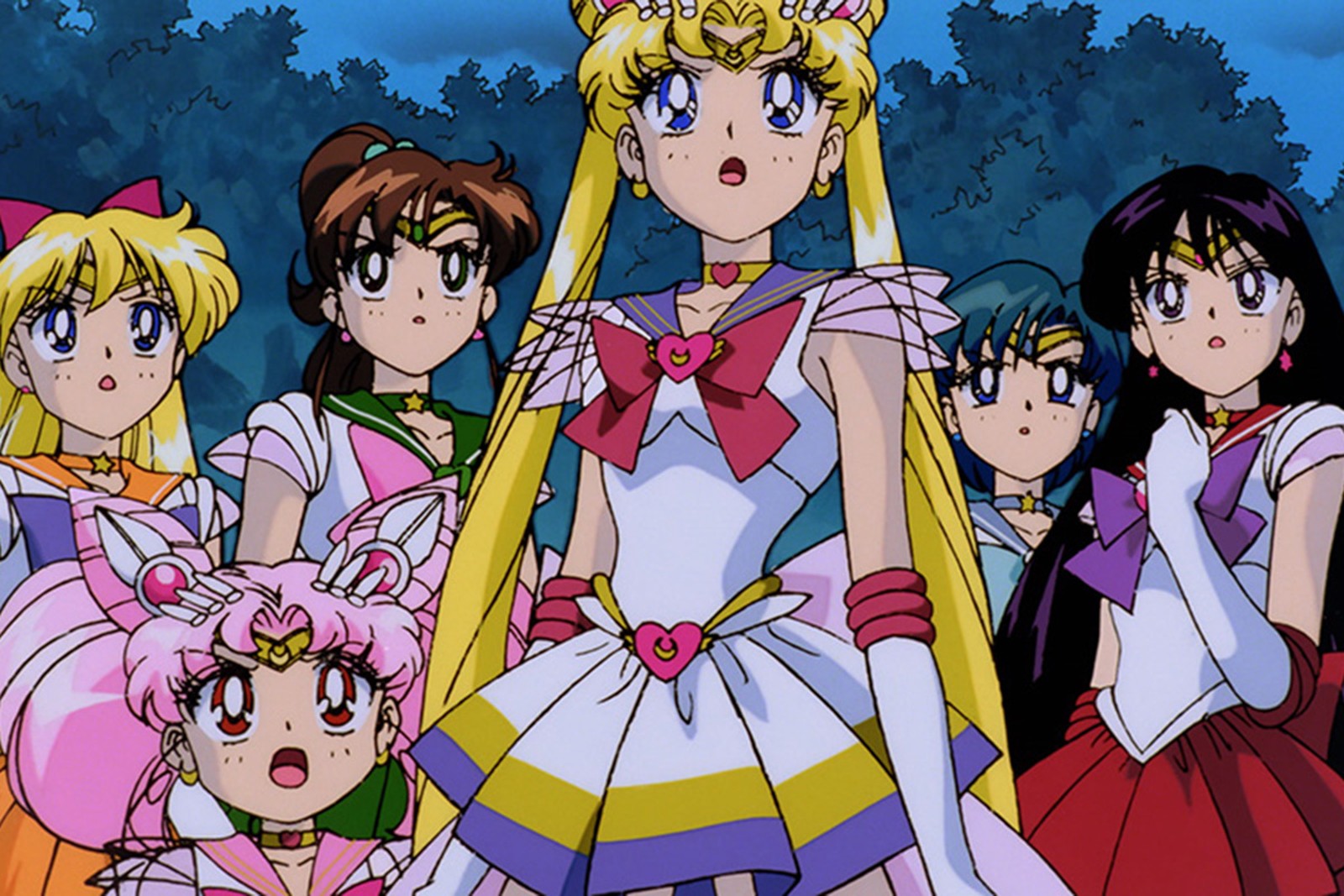 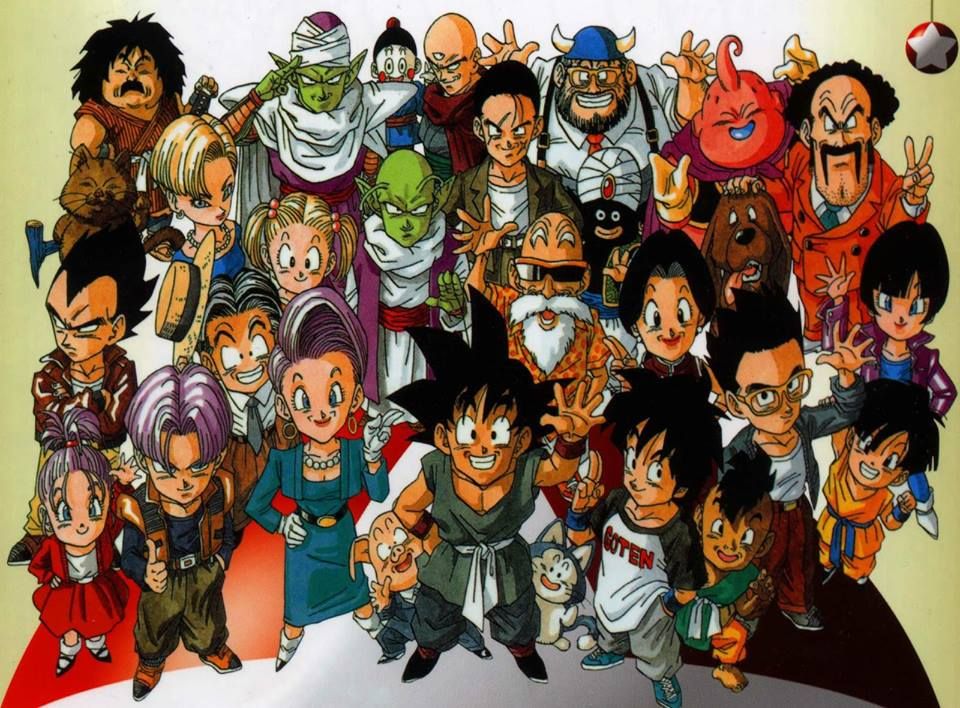 So, What is 'the Anime Style?'

In short... there really is no one 'anime style', as much as people would like to say there is one. There's many different styles that can be labelled as such, making it somewhat of a pointless label. The word has been ultimately divorced from it's original meaning in English, putting it in a vague limbo that we're not quite sure it will ever get out of.

Clearer definitions for the style are likely a pipe dream, so I suppose it's up to the invisible hand of language to decide what 'anime' will and won't be as time moves along. Whether or not the word will even be related to Japan later on is yet to be decided, perhaps it will begin to relate to its own realm entirely, one crossing country borders and international oceans.

What would you say 'anime' is to you? Shoot an email to me or leave a comment in my guestbook/neocities profile.