Spore starts out with a meteor crashing onto a planet of your choice. That meteor spits out a cell, and that's the beginning of your species. 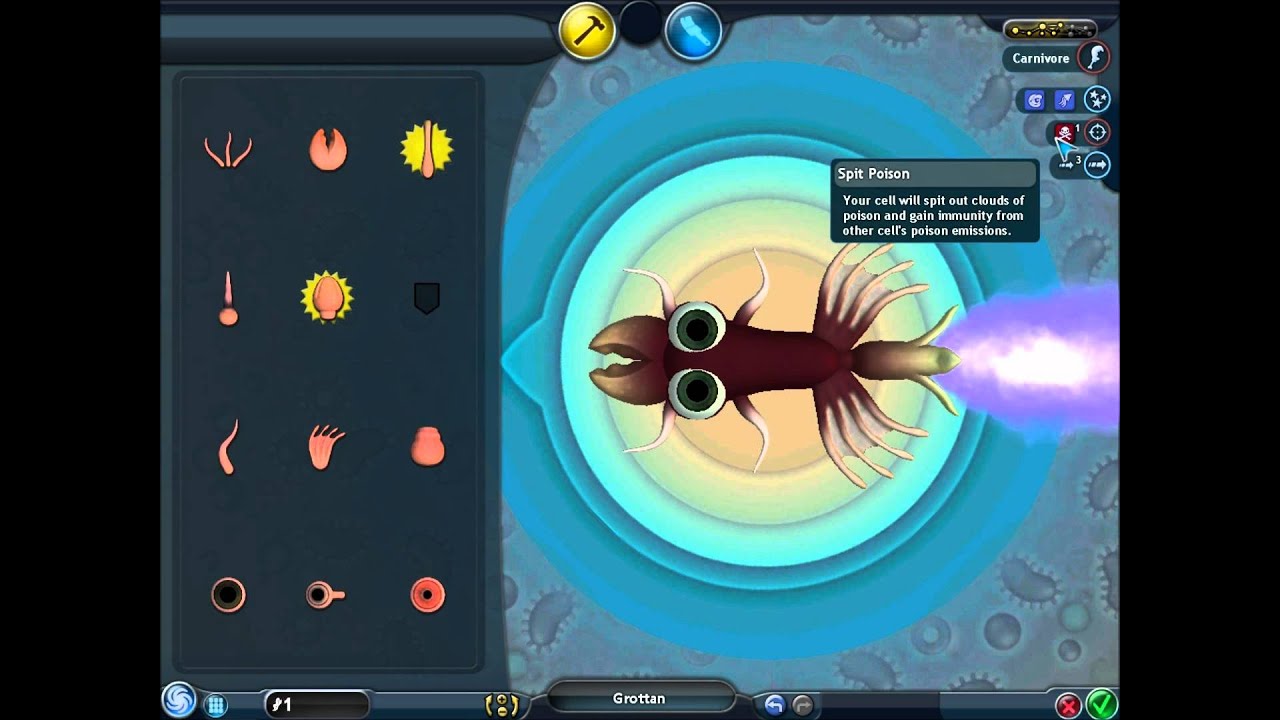 In the cell stage, you'll make some pretty basic decisions about what your species is going to be that'll carry over all the way into even the space stage. "Big" choices in each stage are split up into 3 types: being friendly, being hostile, and being neutral. For the cell stage, being "friendly" means being a herbivore, being "hostile" means being a carnivore, and being "neutral" means being an omnivore. I figured out later there's really no reason to worry about the limitations that being a herbivore or carnivore will put on your diet later in the game since you can just attach a herbivore mouth and carnivore mouth onto your creature at the cell stage and keep him that way for the entire game, making him a de-facto omnivore.

That sort of highlights one of the first problems of spore: there's too many choices that are objectively better for the creatures you're creating. This'll become a lot more obvious in creature stage and it's faux-RPG mechanics, but even here it's present. Why not have both mouths? Being an omivore gives you weaker mouths later on, so it's worth it to go carnivore/herbivore path only, and the only benefit being an omnivore would give you is being able to eat both types of food, which you're capable of doing when you have both of the mouths attached at cell stage. It's really confusing design, to say the least. 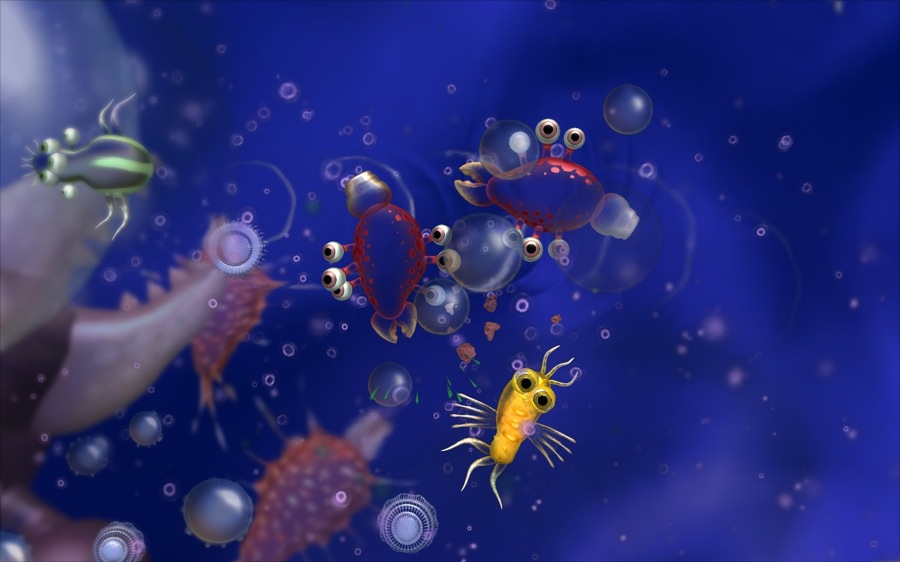 In any case, let's talk about how cell stage actually works. You swim around in sludge and your objective is to eat as much crap as possible to get as big as possible. It's sort of like a feeding-frenzy esque game, you'll eat plant particles or other creatures, get bigger, and then eat even bigger plant particles and creatures. You'll also get your first creature parts here. There's not much to say about creature building in cell stage, so I'll touch up on that in the creature stage instead.

It's probably the most hectic part of the entire game. I've seen people say that cell stage is their favorite part of the whole game, and I can understand why in a way. It's simple, but you don't necessarily need to mind the simplicity since you're a literal cell. You'll never get a breather in this stage either, no matter where you are there's always something out to kill you, and the general aesthetic of it it pretty creepy, even if the googly eyes bullshit can take you out of it.

Honestly I've said pretty much all there is to say about cell stage. You have a few parts, but the only really important thing you'll do here in the grand scheme of things is decide your creature's diet. The majority of creature creation comes in the next stage.