Tribal stage marks a pretty big difference from the other two stages. Where you used to control one creature, you now control many as your species begins to form a tribe. With the development to this stage comes the development of your species intellect, making them sentient and one step above the animals. In this stage, you gather lots of food, domesticate animals, and deal with rival tribes in whatever way you wish. 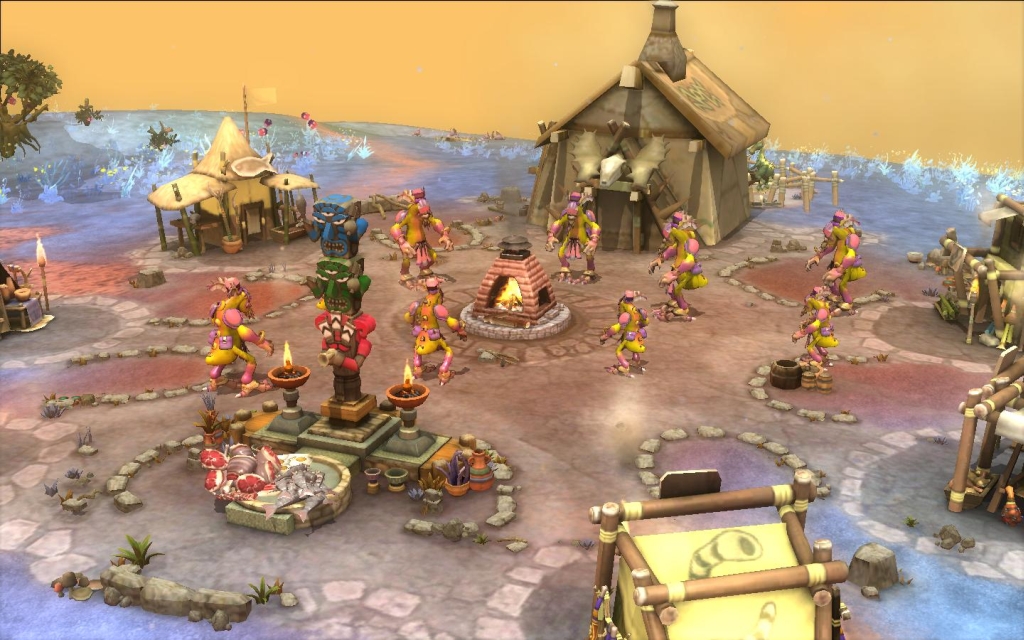 Like the last stages, there's three choices: good guy, bad guy, middle guy. Like in the last stage, being the good guy is objectively the easiest path you can take. To be a good guy, you go around from tribe to tribe in a roving band and play the songs of your people to them, as opposed to constantly trying to fight and die so you can burn their main hut to take them over. The latter might sound cooler, but it takes fucking forever and doesn't work half the time.

So, you get instruments, move around from tribe to tribe, expand your tribe, get more instruments, play more music, and that's about it.

Yes, this stage is pretty boring and there's not much to talk about in it. Sounds like a pretty big step in theory but in reality you're barely doing anything. There's strategy, I guess, and some tribes will be too mad at you to want to listen to your music, but tribal stage really lacks any sort of depth whatsoever.

I'm not sure if it's just me really. Take a look at the damn wiki page for the thing. To say it lacks depth is an understatement.

Perhaps the most interesting thing on tribal stage is simply the switch from genres, the game will become an RTS at this point, which is a massive shift in gameplay from the other two stages. All in all, it's probably the area most reeking of underdevelopment. Tribes don't attack each other. There's no complications to tribal relations other than "they hate you". The different tribal animals all pretty much act the same. You get the same sort of tools each time, and you'll barely ever use the crap you get here afterwards. You can't really 'farm', only hunting and gathering works. If this stage were built proper, everything you do here would be the very basis for your starting civilization, and the effects of it would be felt into the space stage. But no, it's just an intermediary between creature and civ. Nothing you do here matters other than which one of the three canned choices you take, and even then you really only have two options due to the way civ stage works. 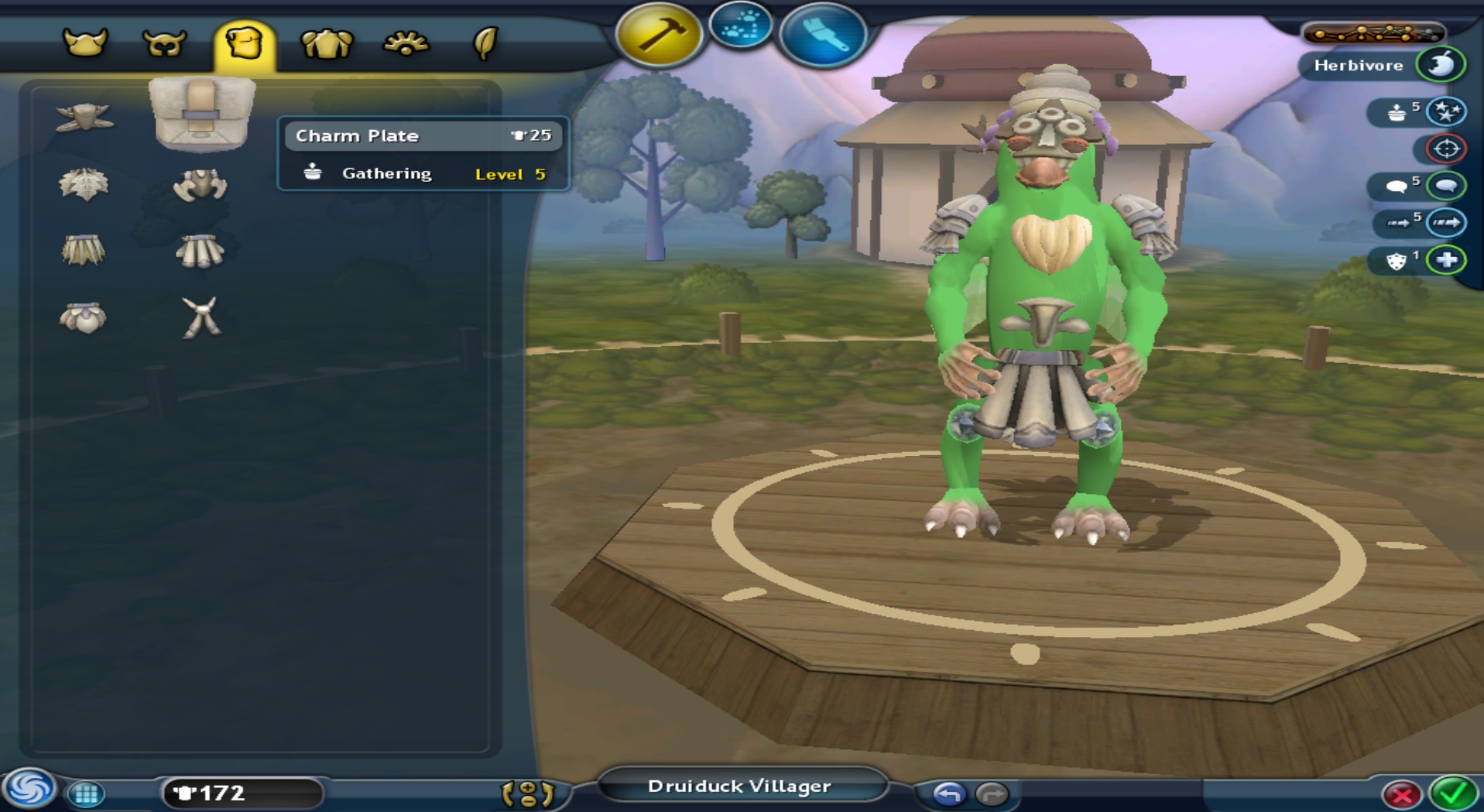 So like I said before, you can't upgrade your creature anymore. Instead, you outfit them. They're outfitted with really generic tribal stuff that never really looks good on you, and you can easily get max score in combat, gathering, and social. Uninteresting, to say the least. Plus you're going to take all of the shit off in the next stage when you get more options later on.